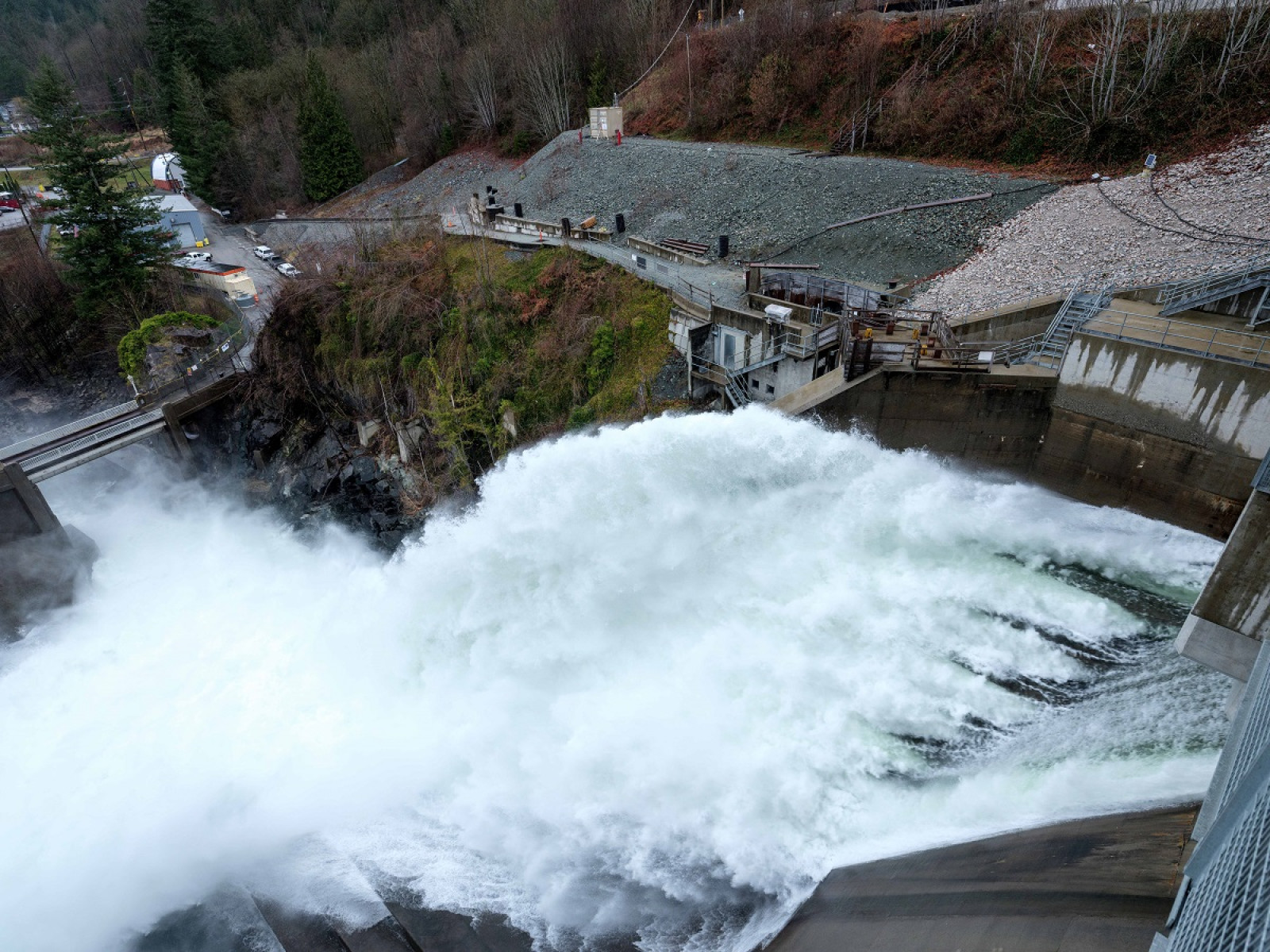 The water cycle is at the heart of clean and renewable electricity in B.C. Melting snow and falling rain powers the province with hydroelectricity. A quick video takes us along the path of electricity from a dam to your home.

When water in a hydro reservoir is released it moves through large pipes, called penstocks, to turbines, which are like wheels with blades. The energy of falling water spins the turbines and generates electricity.