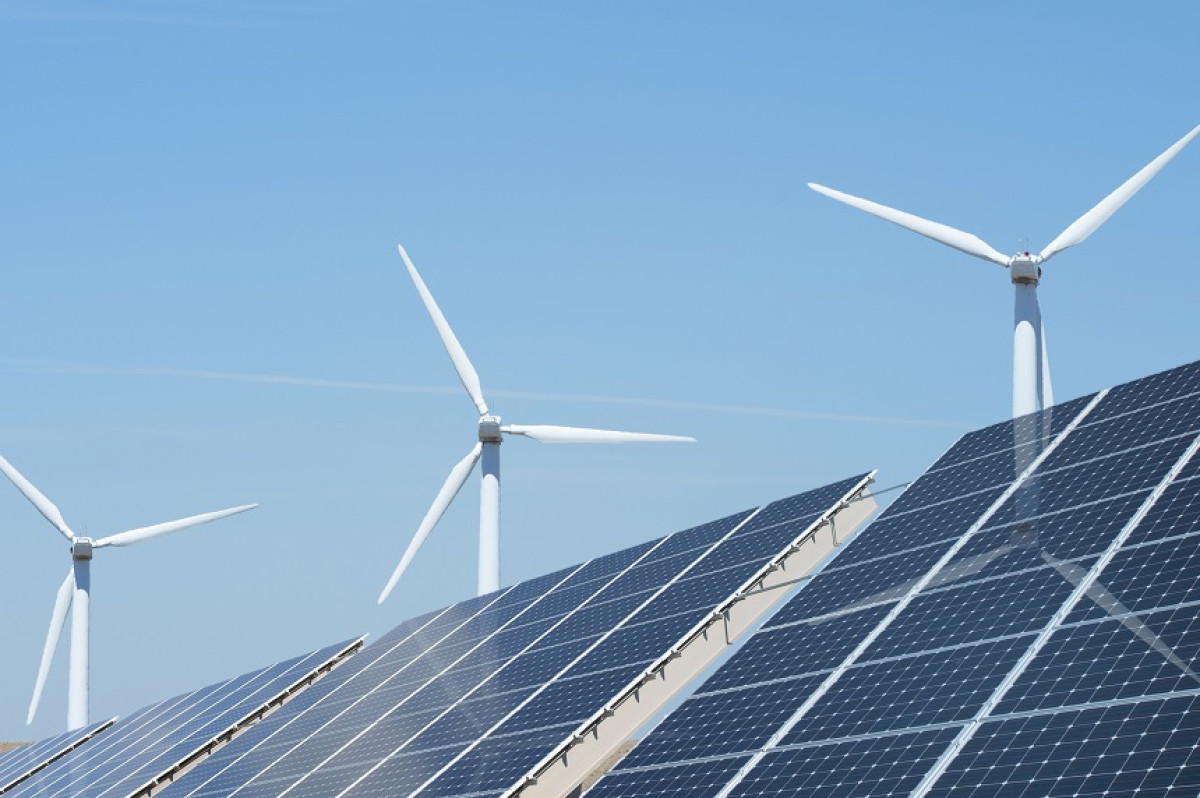 Is there one ‘best' clean energy option?

Put yourself in the shoes of an energy planner shopping for ways to keep homes and businesses humming along –  and getting people and goods from here to there –  while curbing carbon emissions in the fight against climate change.

Ask students to play this role, many will  suggest that there's really nothing better than solar and wind power. It's clean. It's free. It's abundant.

BC Hydro heard that a lot from high school students at youth engagement sessions that were part of the 2021 consultation process for Clean Power 2040, our plan to provide reliable, affordable and clean electricity to meet B.C.'s needs for the next two decades. But students also showed a far deeper understanding of the complexities of various clean power options, including the fact that wind and solar power present a significant challenge as  intermittent – not always "on" – sources of power.

Other student concerns ranged from impacts on First Nations and wildlife, to melting ice caps, to suggestions to tax those who use too much electricity, to our increased reliance on batteries and how to recycle them. Not only are all those concerns valid, they're very much in the heads of energy planners around the world.

"We're ready for a world of change," says Bill Clendinning, BC Hydro's Director of energy planning and analytics. "Right now there's a war in Europe, there's 6% inflation, and some really serious supply-chain issues in the economy. We can no longer predict exactly what's going to happen. Those days are gone.  So we have a practice of planning for uncertainty, and developing a range of options that we can follow."

That uncertainty includes population growth, which can vary due to a number of factors, such as immigration policies and trends. The COVID-19 pandemic, for example, significantly but temporarily reduced the flow of immigration to Canada.

The hydroelectric advantage, and what it does for B.C.

It's tempting here in B.C. to feel smug about our clean and renewable hydroelectricity and how it's allowing us to keep our electricity prices among the lowest in North America while also giving us an edge in the  fight against climate change. Not only is the "power of water" abundant in B.C., but it's also the one clean energy source that allows the storage of power – in reservoirs behind dams – for whenever we need it.

As other regions shut down coal and/or nuclear power plants and lean increasingly on solar and wind, they face a daunting challenge. Where do you get power when the wind isn't blowing or the sun isn't shining? Battery storage technologies have improved, but not to the point that wind and solar can do it all.

Germany is in exactly that predicament, newly committed to solar and wind but still hugely reliant on fossil fuels –  much of it imported from Russia – to power the country. Did the country give up too early on nuclear power, which some environmentalists are now embracing as the best option for some countries?

"I understand the issues people have with nuclear power, but for some parts of the world to do what is needed to limit climate impacts, every option is not only on the table – every option has to be yes.  That includes nuclear, a variety of new technologies, and geothermal, too."

Geothermal energy is heat from within the earth, and while the costs of harnessing it don't currently compete with relatively low-cost hydroelectricity, Clendinning says that affordability gap could shrink as early as a decade from now. And in B.C., we have the ability to wait.

While we currently get between 15% and 20% of our power from independent power projects that include wind, solar, and run of river (hydroelectric power that doesn't require dam construction), that percentage could increase in the decades to come. To Clendinning, the "game changer" for many renewables is likely to be a major advance in batteries, which he says need to be more cost effective and less reliant on rare earth minerals such as lithium and cobalt.

"In contrast to most other areas, we don't have to decarbonize our main sources of power," he says.

"We can let the costs of solar and wind continue to decline. And we can think of technologies like utility scale batteries that can help us. We can really take advantage of the cost declines that are coming, and build them for new demand."

5 things your students should know about electricity and renewables in B.C.

In discussions around the pros and cons of various renewable energy options in B.C., it's important to keep in mind the following facts and considerations around electricity in B.C.

In many areas of North America, power use peaks on the hottest summer days when air conditioning is drawing enormous amounts of electricity. But while summers are warming and cooling needs are increasing in B.C., our biggest demand comes on cold winter days when the combination of electric heating, lighting, and other home and business energy use combines to drive energy use up.

Ninety-eight per cent of the power BC Hydro generates is from clean, renewable resources. Our large hydroelectric system allows for the storage of water behind dams, saving that power to be used when we need it most, such as during a January cold snap.

4. Geography and climate factor into solar and wind power potential in B.C.

Some areas of B.C. have better solar or wind power generation potential than others. For reference, try Natural Resources Canada's solar resource potential map, and the Global Wind Atlas mapping of wind potential in B.C.

5. Despite conservation and efficiency, electricity demand in B.C. could grow

B.C.'s  renewable hydroelectricity creates opportunities to fight climate change by switching from fossil fuel power to electricity in everything from cars, to heating homes and businesses, to powering industry. So while conservation reduces the growth of electricity use, a significant switch to hydroelectricity and other low-carbon options has the potential to increase demand.

We offer a variety of Power Smart for Schools activities to help students understand the links between renewable energy and climate change, and the factors that go into which renewable sources to adopt.

Students view a video about the six types of renewable energy, then  recap the information heard in groups and as a class.

Students learn how we transform the sun's energy into energy we can use.

After watching a short, animated video, students share their notes in small groups and discuss what they know about wind energy and energy transformations.

Energy and the environment (Grade 7)

Students explore how 10 different sources of electricity, from biogas to wind, impact the environment.

Through research, students celebrate B.C.'s clean electricity and learn about energy choices and initiatives in B.C.

The impacts of energy transformations (Grade 10)

Students come up with criteria to rate the impacts of energy transformations, then use this criteria to evaluate the environmental impacts of various methods of generating electricity.

Students work together in a jigsaw activity to discuss what they know about government policies and learn more about how specific policies can help fight climate change. 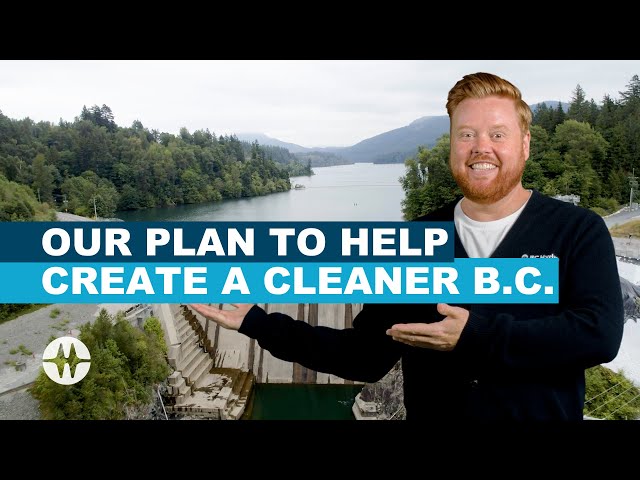 What does electrification mean to your future? 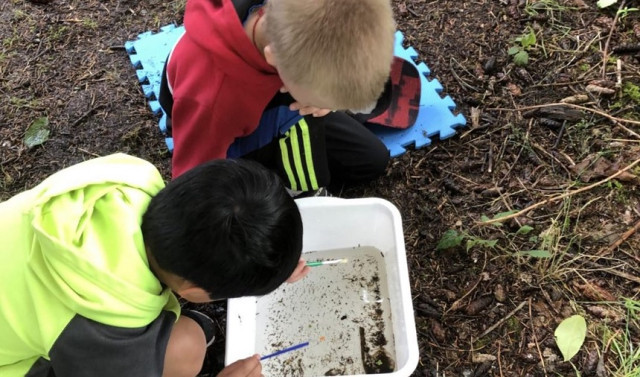 Students who 'think like a fish' embrace water stewardship 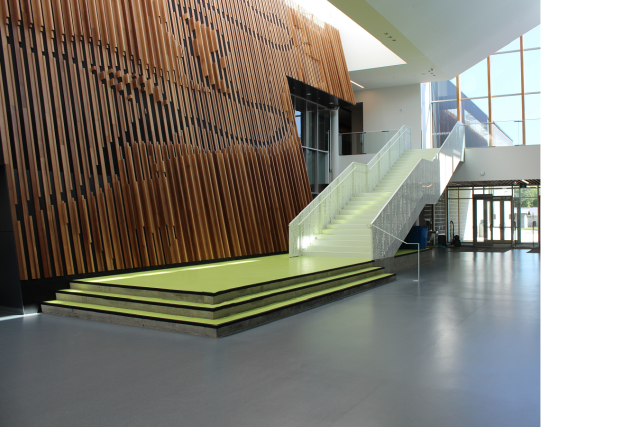 Going green: B.C. schools get sustainable, from the ground up 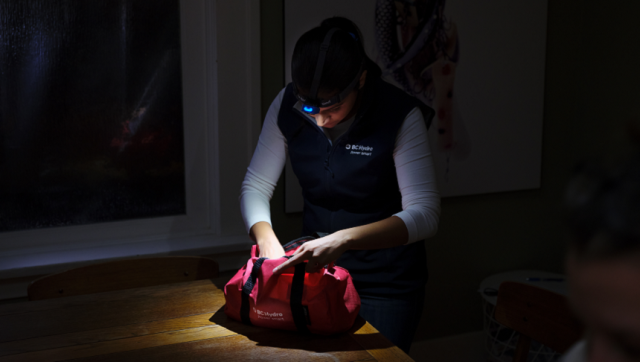 Power outages & weather: a few things you might not know