Exploring the similarities and differences between the two types of electrical circuits. 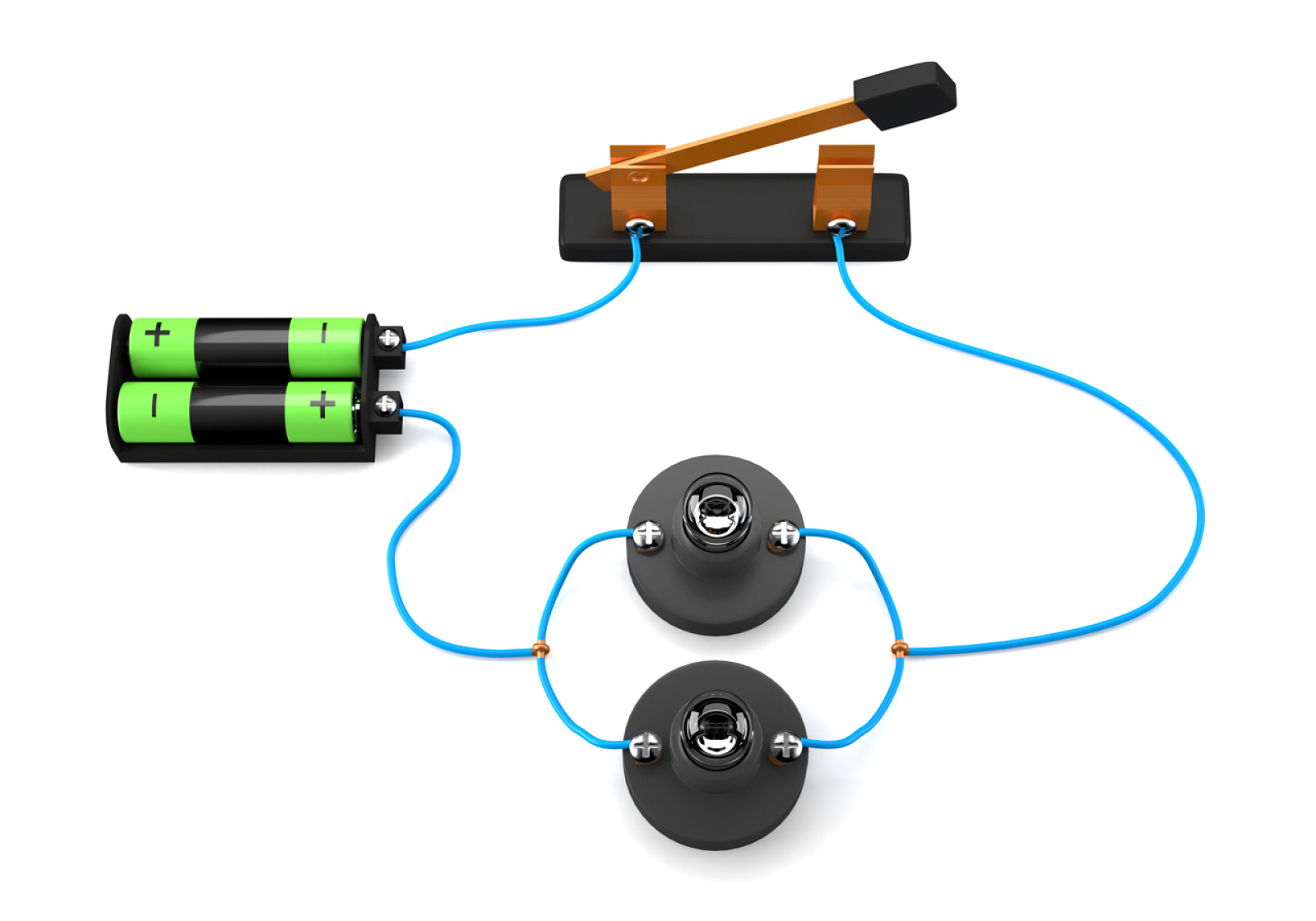 After learning how to build series and parallel circuits, your students will use ammeters and voltmeters to compare voltage and current flow so they can understand the similarities and differences between the two types of electrical circuits.

Each group will need:

Build and test the circuits

In series circuits, there is a single path for electricity to flow through the circuit. The electrons must pass through each of the loads in the circuit on their way back to the source.

When devices such as light bulbs are connected in a series circuit, the current goes through each device in sequence. The current at each point in the circuit is the same, and each load in the circuit uses some portion of the total source voltage. Older model holiday lights which have only one wire are a good example of a series circuit. When one bulb burns out it stops the current, and the rest of the bulbs cannot light because the circuit has been interrupted. 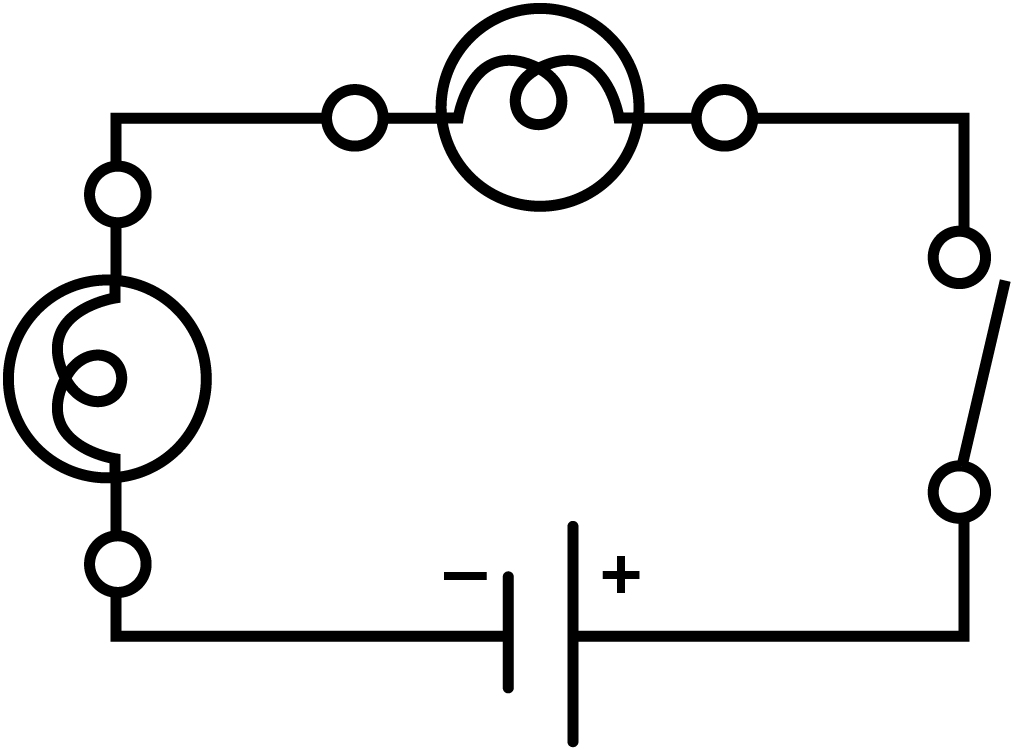 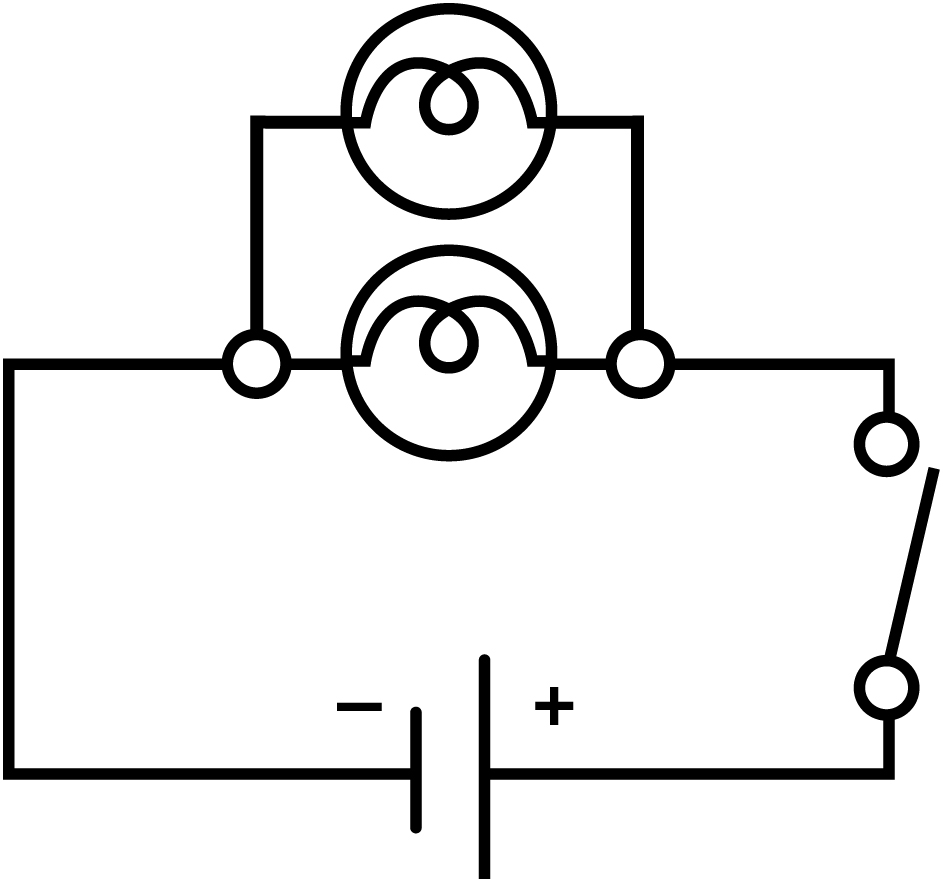 The relationship between voltage and current in circuits is:

In a series circuit, the current remains the same but the voltage changes.

A helpful way to remember this is:

You can use the “Lab investigations and safety evaluation rubric” to guide your observation and assessment of your students during the activity.

1. a) In the series circuit, the current measurements did not change (or were very similar).

2. In the series circuit the voltage across the bulbs is 3.0 V, while in the parallel circuit it's 1.5 V.

The paragraph should include: