Learn how electricity is made and how it gets to where we need it. 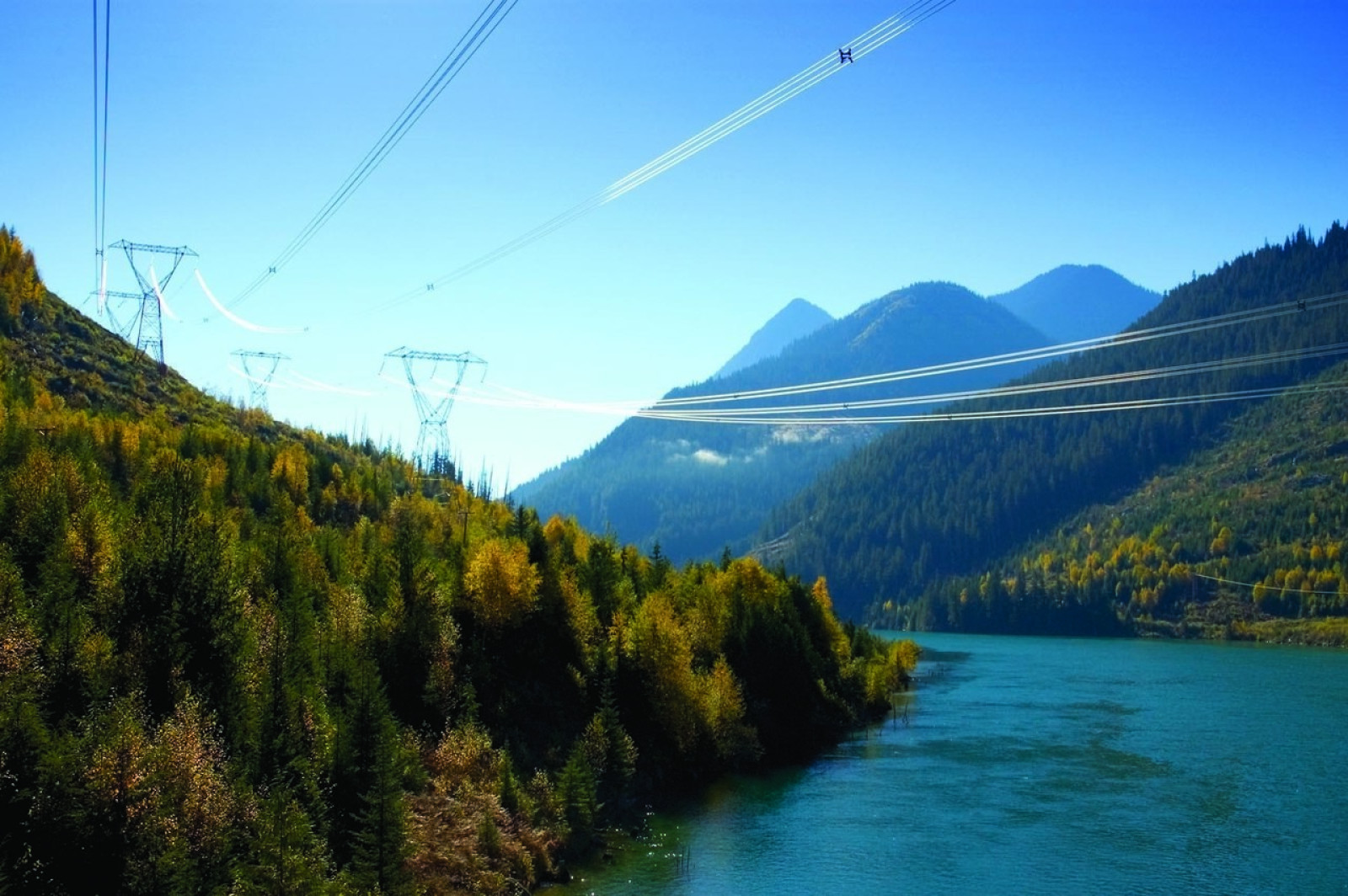 From a dam in the mountains to your smartphone. The path of electricity shows how the potential energy of water, held in large reservoirs, is transformed into electrical energy that can be used to charge our devices.

The path of hydroelectricity starts at a hydro dam. The reservoir collects water that has run-off mountains (melting snow and ice) and rainwater. The water is channelled through the dam by large pipes, called penstocks, to turbines. The energy of the falling water is used to turn the turbines, which generate electricity.

The electricity moves from the turbines to step-up transformers to increase the voltage of the electricity, then travels long distances over high-voltage wires called transmission lines. Transmission lines are suspended above the ground by giant metal towers that are insulated to prevent electrical energy from traveling to the ground.

When transmission lines get close to a town or city, they are directed into substations. A substation contains many wires and transformers and is surrounded by a wire fence, and is where the voltage is lowered. The electricity is then rerouted along the power lines we see in our communities.

Power lines are sometimes buried underground but often suspended by power poles to distribute the electricity to your neighbourhood. The grey cylinders on power poles are transformers that further reduce the voltage so that the electricity is safe to be sent into homes, schools and businesses. Pad-mounted transformers, the locked metal boxes you see on some street corners, are used in those areas where the power lines run underground.

Meters measure the amount of electricity that passes through them and into homes, schools and businesses. Wires in these spaces get the electricity to electrical outlets so we can use it to power lights, computers, devices, appliances and machines.

Observe students during the group work and note their ability to:

Correct order of statements for the "The path of electricity" worksheet:

The Path Of Electricity Slideshow

The Path Of Electricity Slideshow Notes

The Path Of Electricity Worksheet

Get a new perspective on power at the Revelstoke Dam Visitor Centre.