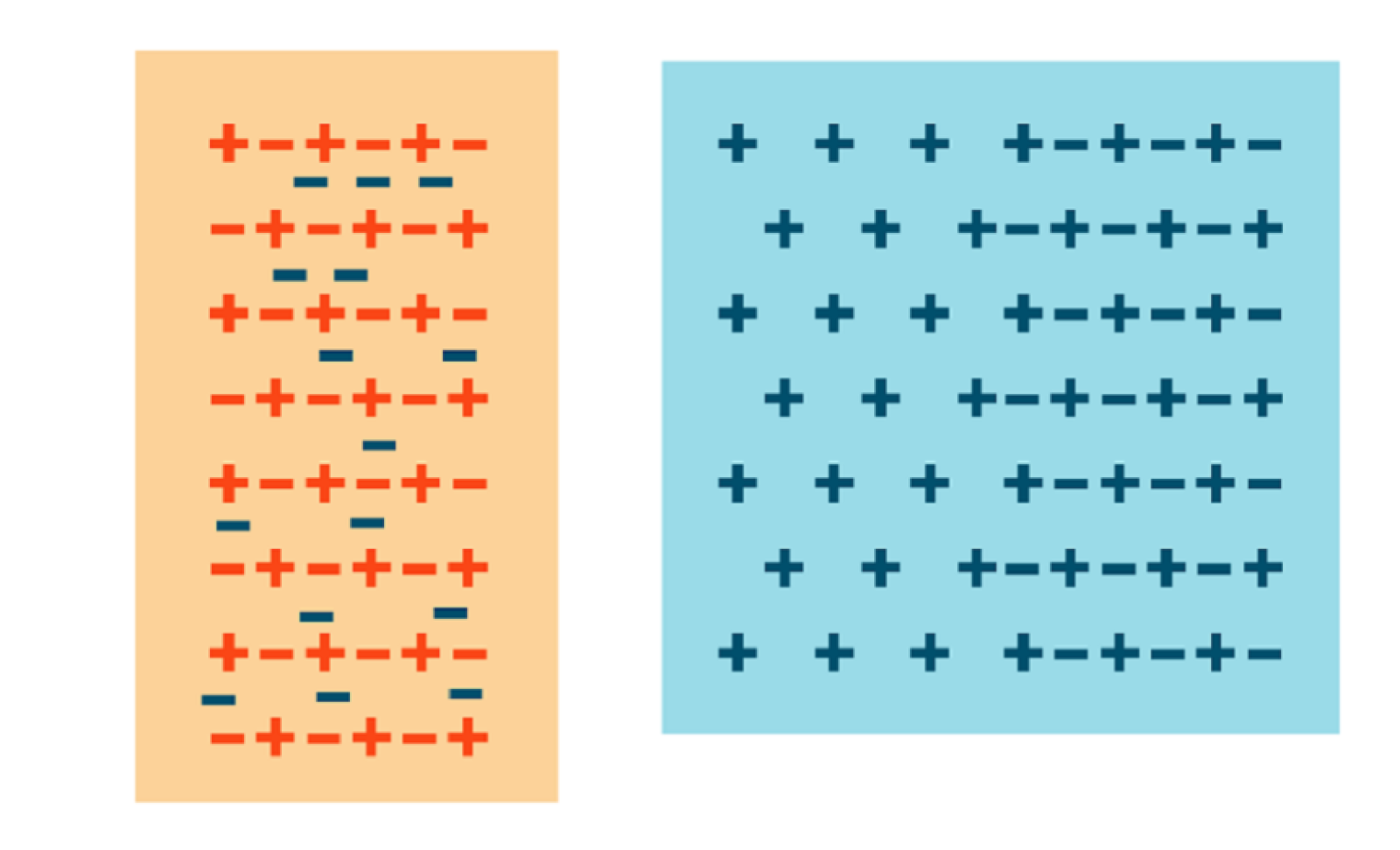 While developing effective scientific explanations of a common classroom experiment designed to demonstrate static electricity, students learn how materials change their state of charge and how materials with similar charges repel each other.

Draw your students’ attention to the criteria on the worksheet, and invite groups to reconsider their initial decision, this time using the criteria to guide their thinking.

Consider providing groups with a selection of materials that vary on how strongly they hold on to electrons (see Teaching Notes about the triboelectric series). Ask groups to hypothesize which materials will create the strongest charge, and then develop experiments to test their predictions. Invite groups to develop effective scientific experiments to explain their findings.

To understand what is happening when a static charge develops, it is important to think about the atoms that make up everything around us. All matter is made up of atoms, which are themselves made up of charged particles. Atoms have a nucleus consisting of neutrons and protons. They also have a surrounding "shell" that is made up of electrons. Typically, matter is neutrally charged, meaning that the number of electrons and protons are the same. If an atom has more electrons than protons, it is negatively charged. If it has more protons than electrons, it is positively charged.

(The above list is adapted from Nature's Electricity by Charles K. Adams.)

Assess your students’ abilities to:

What happens at the atomic level of a battery?

Explain what’s happening at the atomic level when a battery is used to turn on a light bulb.

Decide which illustrations accurately show the relationships between positively and negatively charged electrons.

Which atomic model is the most useful?

Learn more about the different models used to describe atoms and elements.