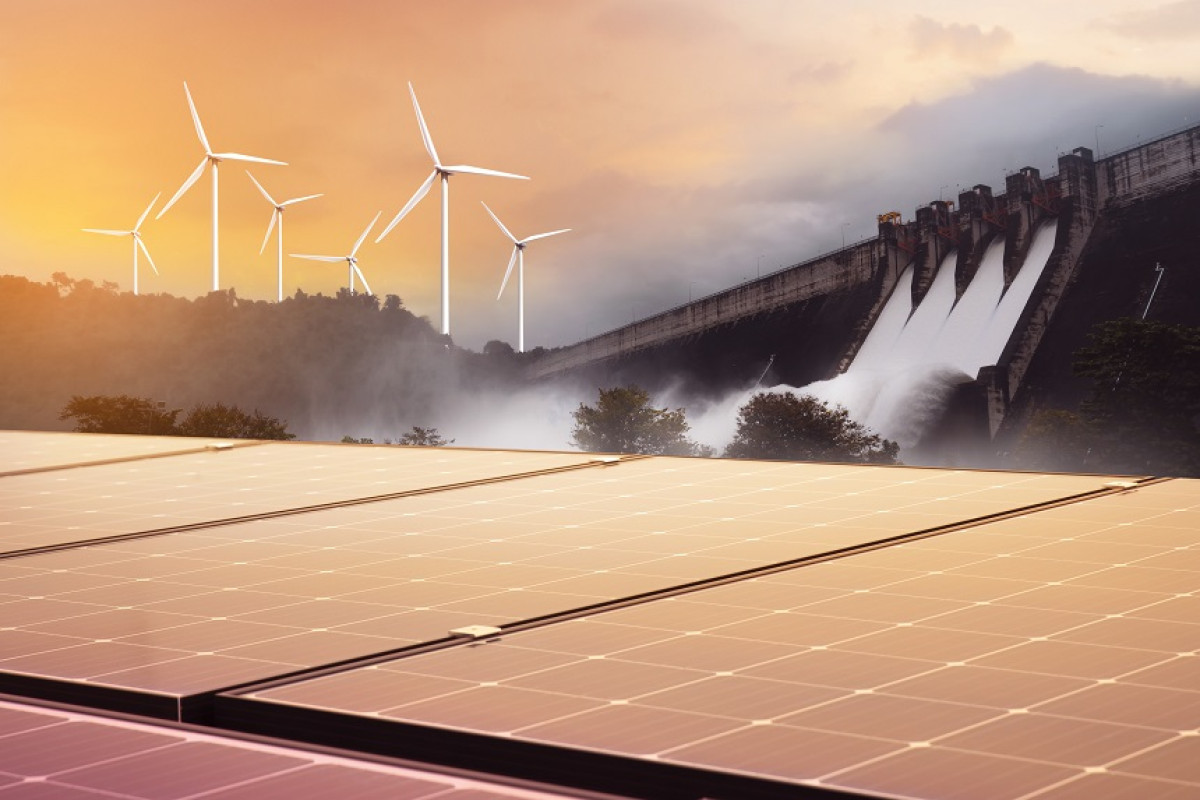 Critical thinking is part of the Thinking core competency in the B.C. curriculum. It is a useful skill to develop as it will benefit students throughout their life. Whether it’s for higher education, jobs or everyday scenarios, critical thinking allows students to create conclusions and find solutions to problems through the information presented to them. For example, 17 year old Robert Sansone designed a motor that could transform the electric car industry. He identified that there was a sustainability issue with the current production of electric motors and sought to find a solution. Sansone then created multiple prototypes to test his design.

Another example of using critical thinking is breaking down misconceptions. Nowadays, misinformation is commonplace and may be used to sway one's opinion, which could lead to decisions with consequences. By “Analyzing and critiquing”, students can determine whether the source they’re using is reliable and formulate their own judgement about the information.

In this blog post, we will be practicing “Analyzing and critiquing” by breaking down five clean energy misconceptions. It's important to debunk these misconceptions as it affects our ability to combat climate change. By critically thinking about these statements, it gives students the opportunity to consider different perspectives about clean energy and practice using evidence to support their judgement on clean energy.

This statement is not accurate at all. According to the International Renewable Energy Agency, renewables were the world’s cheapest energy in 2020, with solar energy being the cheapest source in history. The cost of renewable technologies are falling significantly year over year, especially solar and wind energy, with wind power projected to drop as much as 40% over the next decade.

The falling costs have enabled countries around the world to enhance their renewable energy production capacity. Additionally, we are also seeing increasing fossil fuel prices, improving the competitiveness of the renewable energy sources.

According to the International Energy Agency, by 2050, renewable energy generation will keep growing, with solar power becoming the world’s primary electricity source.

This statement is partially accurate depending on the perspective and socioeconomic status.

Solar energy isn’t generated at night, but the surplus energy can be stored in a solar battery. However, battery storage can be expensive.

Currently, a team at Stanford University in the U.S. is developing solar panels that can generate electricity at night by utilizing the heat in the temperature difference between the panels that cool at night and the still-warm air.

It's challenging to provide electricity at night with solar energy, but it's possible.

3. The main challenge with most renewable energy sources of electricity is that they are unpredictable for everyday use.

This statement is partially accurate. Solar energy isn’t generated at night, wind turbines don’t operate in still weather and hydro energy depends on environment factors but are more predictable than wind and sunlight.

For countries with ready access to geothermal energy (energy from the heat of the Earth’s core), their energy source is more reliable.

Biomass, a fuel-based energy sourced from organic materials, is more flexible and can generate electricity on demand like coal or gas.

With advances in weather forecasting, computer programming and modelling, electricity providers can predict patterns of when renewable energies can be maximized. For example, predicting wind and tide levels.

Though it might not be possible to power the world with just one renewable source, with the right mix of technologies, it can provide a secure and stable low carbon energy supply.

This statement is not accurate at all. As of 2021, the American Bird Conservatory estimates 1.17 million birds are killed by wind turbines in the U.S. per year. This is 0.016% of the 7.2 billion birds that live in the U.S. This significantly less than the estimated 365 million to one billion birds killed by cats annually.

It should be noted that the 1.17 million is likely an under-estimate as it is difficult to assess the impact wind turbine has on bird population. When a wind turbine’s blades move, it causes a drop in nearby air pressure. If a bird flies too close, the drop in air pressure can damage their lungs. This is in addition to other impacts caused by wind turbine operations such as habitat loss. Though, the effects of habitat loss are less than direct collision into the turbine, according to a 2013 study in Canada. Even with both effects factored in, the impact levels aren’t significant assuming the wind turbines aren’t located at a highly sensitive or concentrated area for at-risk species.

5. Most of the power in B.C. is generated from non-renewable sources.

This statement is not accurate at all. In B.C., majority of the electricity generated is from clean and renewable sources and this electricity is mostly generated by BC Hydro.

98% of electricity generated by BC Hydro is from clean energy. The vast majority of this is through our hydroelectric facilities, along with a small portion from other clean sources like wind, solar and biomass. We have 30 hydroelectric plants and a network of over 80,000 kilometres of power line that transports electricity to schools, communities, and homes in B.C.

Just 2% comes from natural gas which is only used as backup generation during periods of high demand, like in winter months.

Here’s a variety of resources to help your students understand clean energy and use their critical thinking to examine their own thinking and that of others.

Is there one ‘best’ clean energy option’?

How smart is hydroelectricity? (Grade 2-7) 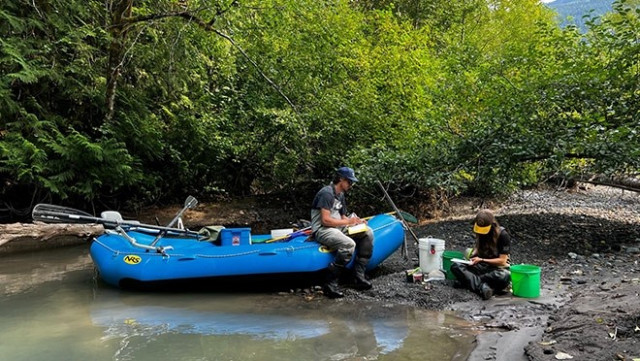 BC Hydro works to protect fish while powering B.C. 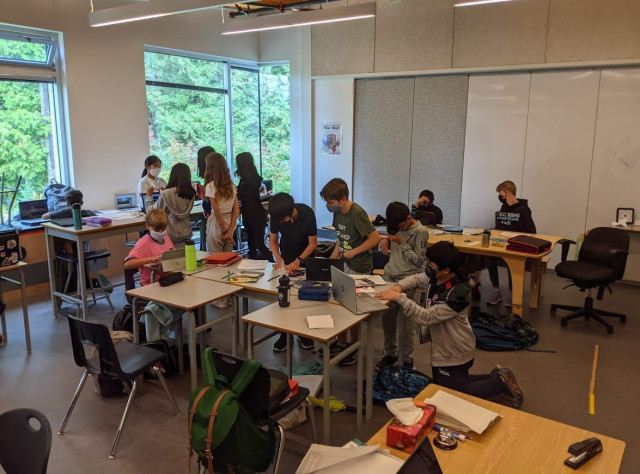 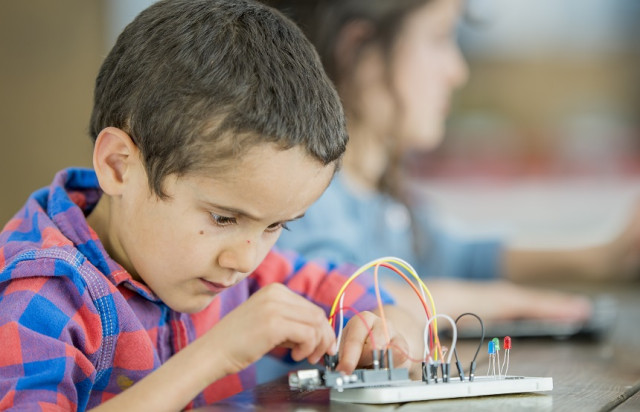 Electromagnetism is delightful, if you allow for errors 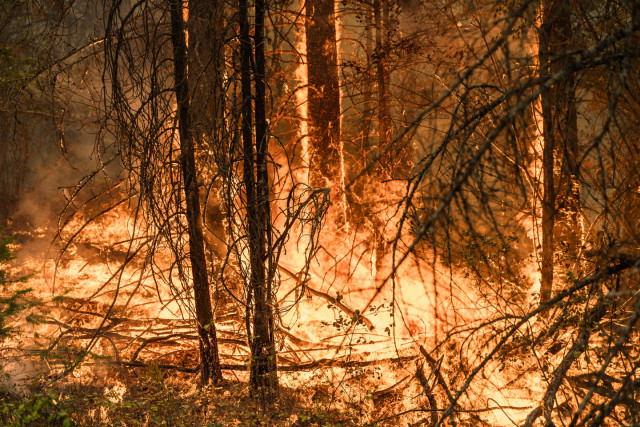 FireSmart™ BC is helping students get FireSmart